Consistency Does Not Equal Fairness

Balancing the treatment of your employees

Joe Kraus, founder of web portal Excite.com once said,
“Nothing demotivates people like the equal treatment of unequals. When
you hire a bozo and treat him the same as a rock star, it deflates the
rock star.” 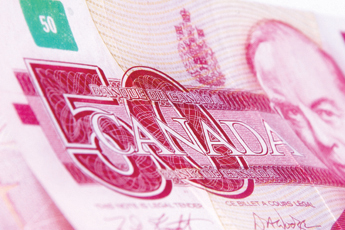 Joe Kraus, founder of web portal Excite.com once said, “Nothing demotivates people like the equal treatment of unequals. When you hire a bozo and treat him the same as a rock star, it deflates the rock star.”

We’ve all heard the workplace mantra, “Whatever you do, ensure that employees are treated fairly and consistently.” The manager’s dilemma emerges, however, when “fair” seems to collide with “consistent,” and someone has to figure out which way to swerve.

One day, Henry, the founder of a large corporation, walked aimlessly through headquarters handing out $50 bills to long-service employees he recognized. Nothing particularly scientific or well-planned, just a guy trying to recognize those who had served faithfully for many years. Fair enough.

Lou, the company’s director of labour relations pulled the offending founder aside and pointed out that he couldn’t just walk around the office singling out employees for these on-the-spot bonuses. He’d need to give the same to everyone in order to be consistent – to do otherwise would reek of favouritism.

Henry’s reaction was two-sided. First, he reminded Lou of their respective positions in the food chain and, second, authorized the company’s treasurer to equip Lou with enough cash to similarly reward, and therefore quiet, any employee who even dreamt of complaining about the disparate treatment. They were going to be consistent!

But was this practice fair? No. What’s fair about rewarding a long-timer with $50, and then gifting the same amount to a newcomer who simply threatens to complain? And what’s fair about scoring a four-out-of-five to all but the most egregiously poor performers on their annual performance evaluations? Consistent perhaps, but grossly unfair.

Consistency means treating all employees equally. Fairness means treating each employee appropriately, and individually, based on the circumstances and contribution of that employee.

Fairness depends on something external, such as circumstances, situations, performance, or contribution. Consistency depends on nothing but conformity to an existing standard. Consistency requires good records. Fairness requires the application of good judgment. Consistency is easy, fairness is harder. Who ever said leadership was easy?

Leading in a “fair” manner is rarely cut and dried, as it calls for discernment and a degree of wisdom. While age can help a leader develop these qualities, they certainly are not reserved only for managers with wrinkles and a difficulty reading small print.

Your job, as a leader, is to inspire maximum effort from people at work. When managers abandon fairness in pursuit of consistency, something happens to people’s willingness to give us their all, or to go the extra mile. It’s like a slow leak in a tire – eventually it becomes entirely deflated, or perhaps blows out altogether.

Going the extra mile – parting with what’s known as discretionary effort – is a conscious decision on the part of each employee, every day. When someone makes that decision, it distinguishes him or her from others. However, if that effort is rewarded in an undistinguished manner – with consistency rather than fairness – that person finds it hard to sustain discretionary effort. A common reward for an uncommon effort is a slap in the face.

The same is true for sanctions or punishment. Punishment may be an effective “corrective device” for adults, but it is foolhardy and lazy to generally spray everyone in your group with the same sanctions when not everyone is guilty of the infraction being dealt with.

As Emerson famously said, “A foolish consistency is the hobgoblin of little minds.” There’s no place for little minds in leadership. It requires, among other things, making tough decisions based on a value system firmly rooted in fairness. That’s not always consistent with … well … consistency. •

Bill Catlette and Richard Hadden are the authors of the newly released, “Contented Cows MOOve Faster.” The two founded Contented Cow Partners, LLC to help business and organization leaders produce better results through a focused, fired-up and capably led workforce. Bill’s professional background includes more than 30 years of leadership experience with companies such as ADP, FedEx, and Aramark Uniforms. Richard has managed teams in financial services and information technology, and has more than 17 years of experience training and speaking for corporations such as Dell, Pfizer and Mayo Clinic. Contact the Contented Cow Partners at 904-720-0870 or www.ContentedCows.com.