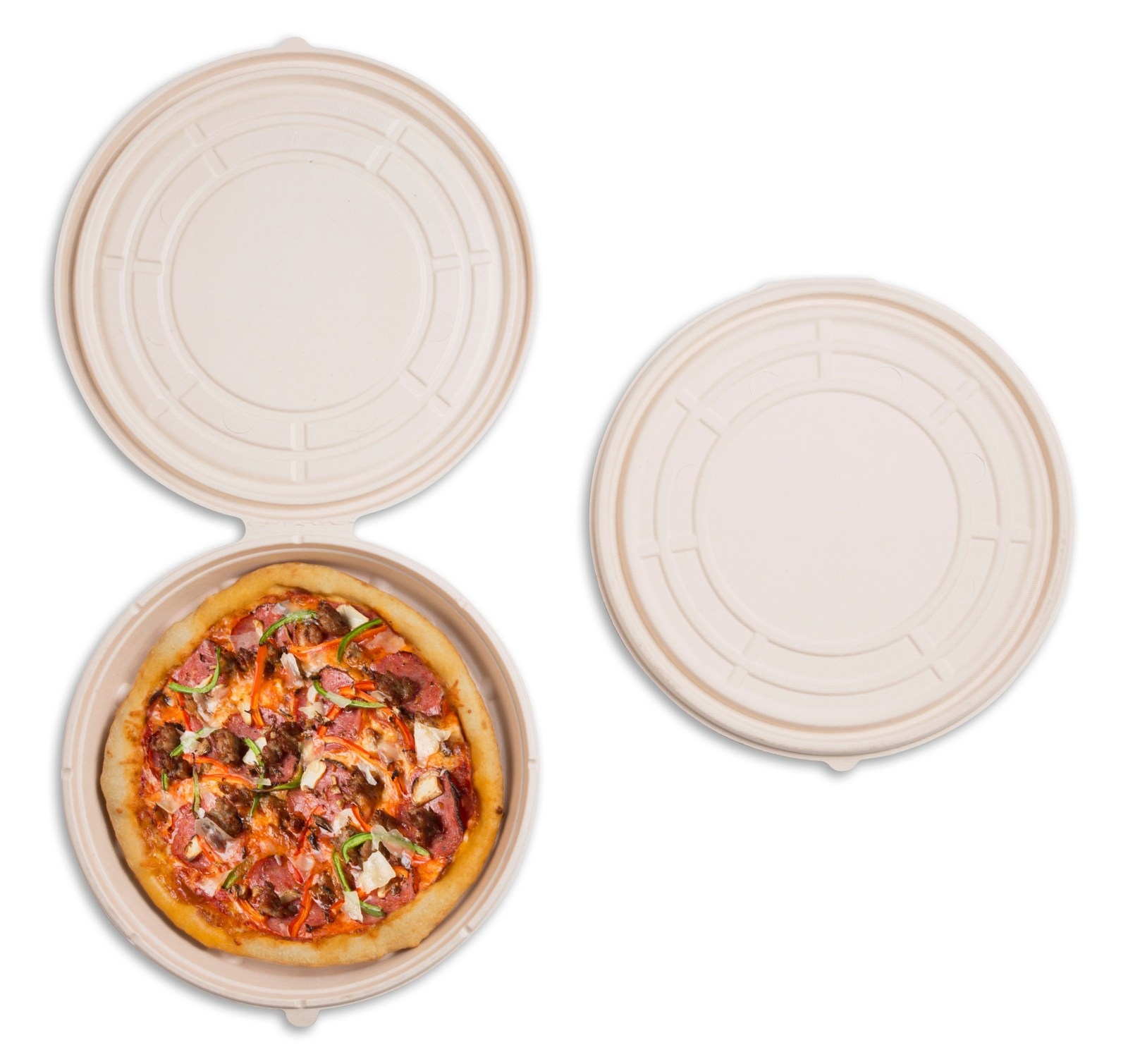 The circular container, called the PizzaRound, reduces packaging waste, labour and space needs as well as grease and sogginess that are common with traditional cardboard pizza boxes, the company said in a press release.

It is made from 80 per cent sugarcane and 20 per cent bamboo – both renewable resources, the World Centric said. Other operational and customer benefits include less packaging, labour and space savings, better food performance, and convenience features for customers.

The container requires no liner, tissue or plastic tent needed to keep the crust crisp, absorb grease or prevent damage to toppings. It doesn’t need to be folded but instead can nest one inside the other to reduce space needs. It has improved heat retention, built-in grease grooves, air vents, raised “dimples” that help maintain crispness, and can be reheated to 450 F, the release said.

Other features are a removable top that doubles as a server and a dish, and cutting guides for perfect portioning.

The PizzaRound is available for 12- and 14-inch pizzas, with a 16-inch size to be added later this year. Custom imprinting is also available.