Wabo’s Pizza, Sub and Donair prides itself on serving Cheticamp, N.S., and welcoming visitors from around the world 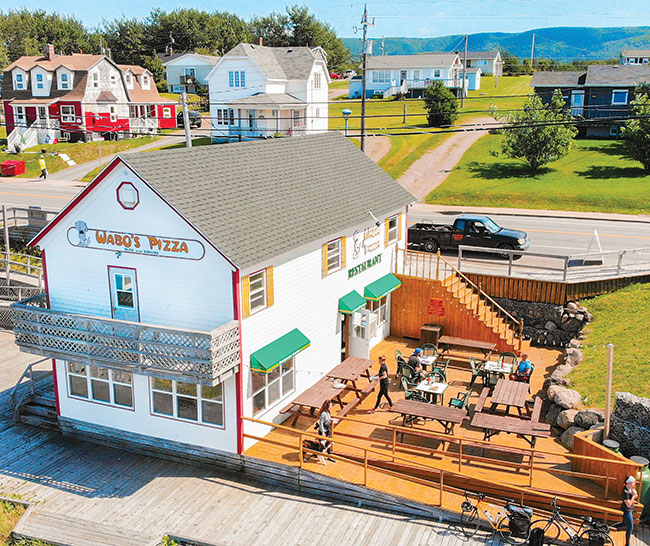 Wabo’s is popular with locals and considered a must-visit for the throngs of tourists who descend upon Cheticamp each summer, due in large part to the town’s proximity to the Cabot Trail. Photos: Wabo’s Pizza, Sub and Donair

Marc Neary was 14 when he began working in the food services industry. He didn’t know then that he would spend the next two decades working in restaurants, or that he would ultimately own his own establishment. That wasn’t necessarily the plan – there wasn’t a plan, at first. But the amiable owner of Wabo’s Pizza, Sub and Donair in Cheticamp, N.S., can’t find fault with the road he took.

“Wabo’s is a landmark restaurant, a business iconic to Cheticamp,” he says. “I’m proud to carry its tradition forward.”

Neary was working in his cousin’s bar, not exactly spinning his wheels but nonetheless feeling unfulfilled in his career when he learned Wabo’s was up for sale. Founded in the coastal Cape Breton community in 1993, the restaurant consists of an Italian eatery on the ground floor, along the town’s signature boardwalk and with a patio that boasts scenic views overlooking the water, and a traditional pizzeria upstairs.

Neary knew Wabo’s was popular with locals and that it was considered a must-visit for the throngs of tourists who descend upon Cheticamp each summer, due in large part to the town’s proximity to the Cabot Trail.

The restaurant appealed to Neary for several reasons. It had long been successful, so there’s that. But on a personal level, he liked that the restaurant wasn’t overly large – 40 in the downstairs Italian restaurant, 10 in the pizzeria above – meaning it represented a good stepping stone in his career, a business he could jump into without fear of drowning. Here was a chance to finally put his business administration degree to work for him. And, of course, with years of experience in the hospitality industry, he had a foundation of skills and knowledge that would stand him in good stead. It was an ideal opportunity, one too good to pass up, and so in 2017 he signed the papers and took ownership.

Born and raised in Cheticamp, Neary has a strong sense of community. It’s evident in how he speaks of the small Cape Breton town, and the manner in which he runs the business. Profits are important – he had a business administration degree, after all – but even more so is being a good corporate citizen.

“My primary focus upon taking ownership was on not changing too much. The restaurant had been there for so long when I arrived, so I didn’t want to be ‘That Guy’ who rocked the boat and changed things unnecessarily just so I could say I made it my own,” Neary recalls. “I maintained consistency on the operations side for the benefit of employees – they are the backbone of the business, after all – and on the menu side for the sake of loyal customers, even striving to keep ingredients and brands the same.”

Neary naturally put his own stamp on things. Loyalty to community was important, so he ensured buns were purchased from the local bakery instead of from out of town, as was done prior. And he eventually experimented with the menu, introducing items based on the tastes of a two very different clientele bases – the tourists who flock to the region in the summer and the locals who support the business year round. 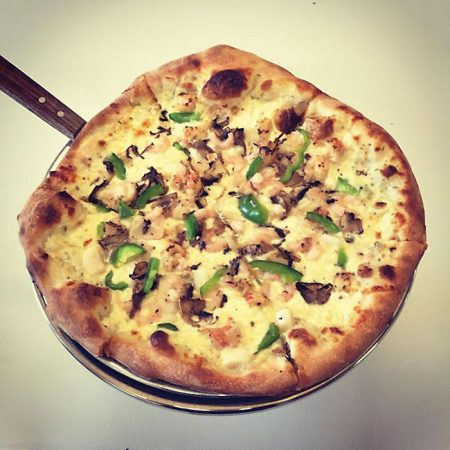 “Business triples in the summer when people from all over Canada and the world come here. Tourists eat very differently than locals do,” Neary explains. “The top-selling pizza among tourists is the Seafood Pizza, with white mozzarella, lobster, scallops, shrimp, onions, mushrooms and green peppers. It’s a taste of Nova Scotia. Also popular are our veggie pizzas; many of the people who hike the Cabot Trail are health conscious and opt for vegetarian options.”

Wabo’s was thriving and Neary firmly settled into his role as owner when the world was turned upside down in spring 2020. Nowhere was spared from the global COVID-19 pandemic, not even isolated Cape Breton Island. Rather than retreat in the face of an invisible enemy, Neary stepped forward.

“During the initial lockdown phase of this pandemic, starting in March 2020, our town basically shut down. All other restaurants were closed for almost a month, but I decided to stay open,” Neary recalls. “I thought it was important to the community to provide a sense of normality and comfort – a simple pizza could uplift spirits in what was a difficult time.”

Neary threw an additional lifeline to scared and troubled neighbours by initiating a Community Grocer program. Cheticamp, a town of 3,000, has only one grocery store. Inventory was often low, and many people were too frightened to shop. Neary decided he could help by ordering bulk, wholesale items and retailing them to his customers. “It was extremely popular. At one point we were selling over 100 bags of flour a week, as well as a whole range of grocery items,” he says.

As the economy reopened, supply lines began correcting themselves, and life in general began returning to a sense of normalcy, the need for the Community Grocer program has lessened. Neary still sees a demand, however, and continues to do monthly orders.

The program was a way of lending a hand to the community he loves during its darkest hour, but the decision has been good for business. “The grocer program provided an additional source of income, but more importantly demonstrated that we cared for our customers,” he says. “We were rewarded with increased loyalty and gained a bunch of new customers as a result.”

Pizza sales have risen a lot over the last two years, and Wabo’s enjoys a reputation in Cheticamp even more exalted than before (if such is possible), but Neary is quick to add that things haven’t yet returned to normal. The downstairs Italian eatery hasn’t reopened yet: Lockdowns, public health restrictions and customer uncertainty cost Wabo’s the entire 2020 season, while labour shortages conspired against Neary in 2021. He anticipates reopening, better than ever, in 2022.

If that sounds optimistic, that’s because Neary is that sort of man. He intends for Wabo’s to return to its pre-pandemic vibrancy as a core piece of downtown Cheticamp, with happy tunes from patio parties luring tourists in off the street and a vibe that signals Cape Breton is once again open to worldwide visitors.

Community, after all, means everything. | CP