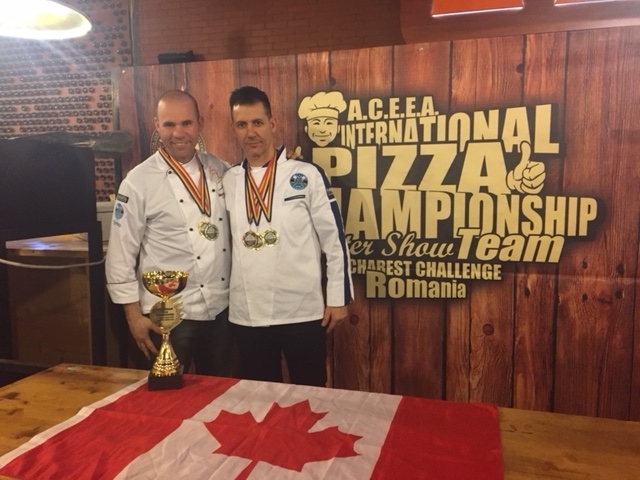 Campisi won two gold medals and one bronze, and Mascioli won the Gold Cup Master Chef, a gold medal and a silver, the Canadian Culinary Federation Toronto Branch said in a news release.

In the Creative category, Campisi won a gold medal for his La Selvaggia Pizza,and Mascioli won the Gold Cup Master Chef for preparing a Hockey Night in Canada Pizza.

In the Alternative category, both competitors earned gold medeals, Campisi for his Mille Foglie Pizza and Mascioli for his Shipwreck Pizza.

In the Classic Pizza category, Campisi won a bronze medal for his Calabrese Pizzaand Mascioli took home a silver for his Smoked Romanian Pepperoni Pizza.

For further details on the competitions, contact Tony Fernandes, culinary chairman, at tony.fernandes@cptayyz.com.