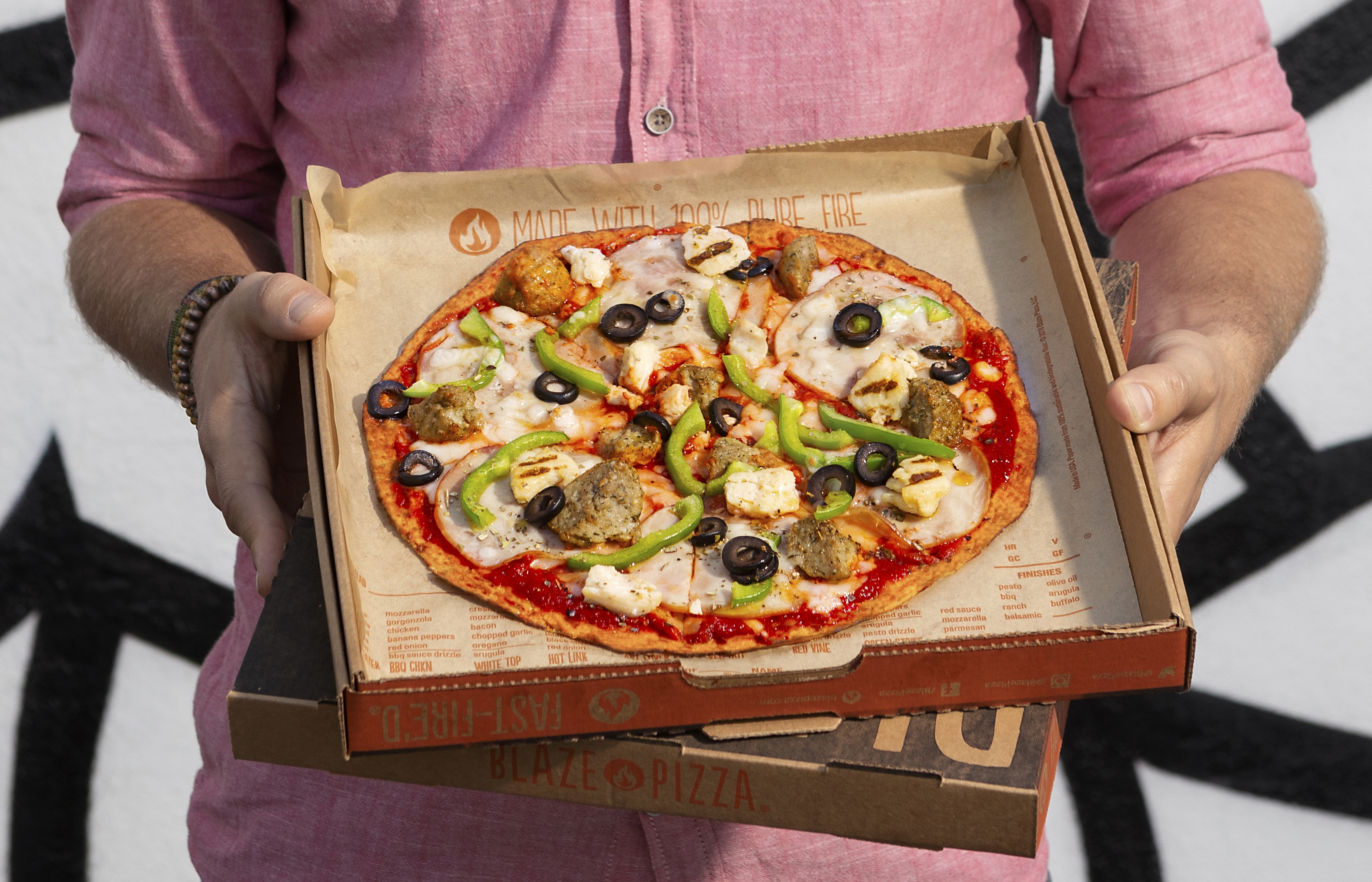 Toronto – Blaze Fast-Fire’d Pizza, a quick-service chain specializing in artisanal pizza, is launching keto and cauliflower crusts and a new line that reflects the company’s goal to be inclusive.

The Keto Crust contains just six grams of net carbs, Blaze Pizza said in a news release. Both new crusts are gluten-free and will be on menus in the U.S. and Canada beginning July 16 for an additional charge. The brand is also introducing a line of Life Mode Pizzas available only through Blaze Pizza’s mobile app and online.

The new Life Mode Pizzas include:

The complete ingredient list and nutritional information is available at blazepizza.com/menu.

Advertisement
“As the first national chain to unveil a Keto Crust, Blaze’s innovation is changing the way that guests think about and eat pizza,” said executive chef Bradford Kent. “We’re making pizza an option, even for those on a low-carb diet.”