B.C.’s Liberal MLAs and the civil servants who work for
them have a penchant for pizza that’s at big fat odds with Premier
Gordon Campbell’s call for healthy eating, says one NDP MLA. 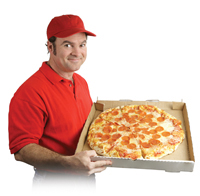 B.C.’s Liberal MLAs and the civil servants who work for them have a penchant for pizza that’s at big fat odds with Premier Gordon Campbell’s call for healthy eating, says one NDP MLA.

Government credit cards were used to buy $84,703 worth of pizzas during the last fiscal year, according to figures assembled by Guy Gentner.

They also show that the Ministry of Children and Families spent $20,123 on doughnuts – more than all other ministries combined.

Gentner, who admits he isn’t above an occasional slice, says there’s a double standard at play in Campbell’s government, given the high levels of fat and sodium in most pizzas.

“I would say it’s hypocritical, without question,” Gentner told said. “You lead by example.

“If the government wants to preach the ethic of fitness and nutrition, it, itself, is going to have to ensure it has a healthy regime.”

Gentner based his culinary conclusions on a line-by-line review of the 2005/06 public accounts, released by the office of the comptroller-general.

He found that the Ministry of Forests spent the most, at $21,064 – about half of it at Boston Pizza – followed by the Ministry of Children and Family Development at $17,024. In third place was the attorney-general’s ministry, at $12,151.

Gentner noted that $10,302 in pizza was delivered to the province’s legislature and surrounding buildings.
“A recommendation to (any) young entrepreneur who wants to sell pizza:

I would go out and start a franchise as close to the legislature as I could,” Gentner says.

But Gordon Hogg, the government’s minister of fitness and healthy-eating, says he has a lot of questions about Gentner’s conclusions.

Hogg is wondering if healthy pizzas with whole wheat crusts were served, and whether healthy menu options like vegetables were served as side dishes.