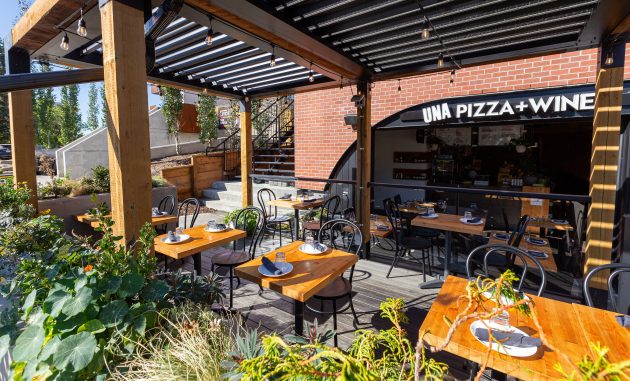 There is a lot of talk about automation these days. But when is it time to consider adding automated equipment to your pizza business?

“We have seen from our experience how optimization and efficiency results in increased profits,” Mullins said. “By consolidating production into a single facility, higher outputs can be managed at greater accuracy with fewer people.”

“When consolidating and automating, keep in mind that it’s important to purchase versatile processing equipment. This will provide flexibility as the business, markets and opportunities are changing over time. When selecting equipment, allow room for growth. Look for equipment that offers a wide range of scaling capability to meet your needs. Consider a machine that allows you to grow in the future. Clean-ability and hygiene factors are of greater importance these days and you should always consider food safety. And, of course, machine service and support are always a critical factor once you have your machine in operation.”

Una Pizzeria expanded during the pandemic, and Reiser’s Vemag V500B dough divider has been instrumental in helping them save on staff time and achieve consistency across locations. Photo: Pauline Yu

Una expands, automates
Una Pizzeria took that leap in 2021. We talked with Kelly Black, co-owner, and Kayle Burns, executive chef, about why they turned to automation and how the process was for the team.

Una has three locations in Calgary, and recently opened a location in Banff. Three of the four restaurants opened during the pandemic.

Black said the labour and consistency challenges they were facing – common to so many restaurants in Canada – prompted them to seek an automated solution.

“Labour is a problem, especially in back of house. Add to that the ‘double whammy’ of competition with the oil industry for employees, and it’s a real problem.”

They turned their original 17th Avenue location into a commissary kitchen, he explained. “It’s a bit of a hybrid model. We had the space at our original location and we decided we could do certain things in bulk out of that location and ship them to other locations.”

Black said they have a dough baller – the Vemag V500B dough divider from Reiser – a commercial sized mixer and a commercial cutter that, among other tasks, prepares kale for their signature salads by cutting off the stems and chopping it down.

Why did they decide to automate?

“Certain things can never be replaced but some things can,” Black said. “The dough making process was taking two people each in eight-hour shifts to perform the monotonous task of rolling balls of dough.”

They still need a person to man the Vemag V500B, but now it takes one person about two hours. Operations are drastically improved.”

“That really was the decision maker for us – we simply can’t find people to do it anymore.”

Most of the additions were done during COVID: “Production of kale, meatballs, arancini and other menu items are the things we’ve turned to equipment to help us. That first year of COVID our take-out sales absolutely exploded. We had the rare challenge of being really busy during that first year. Staffing also was really challenging – for example, we didn’t know if it was safe to bring in new people. But also we had to scale up to meet the demand. That led to us looking outside the normal process.”

Automation has helped with efficiency and product consistency, something especially noticeable in their Banff location where doughs are delivered from the central commissary in Calgary.

“If we’d had to make it in the restaurant on site, it would have been difficult,” Black said. As it is, he reports customer say it tastes “just like in Calgary.”

Staff were quite excited about the new equipment. Said Black: “Those are very monotonous jobs. They were being done well but it’s freed up the kitchen staff to learn other areas of the kitchen. That time in prep can now be done so quickly that they can learn butchery and other skills.”

Burns agreed. “They love it. Many of the staff have seen some pretty crazy changes in last five years. We keep trying to push ourselves and offer a better product. There are shorter shifts but there is lots of work to do elsewhere.”

Burns said he was often on site monitoring the large machine for the first two weeks. “We are grateful to have it. We almost need another person to run it.”

They did some tweaking of the process to accommodate their bulk fermentation. “We used to ferment, then portion,” Burns explained. “Now we mix, portion and then ferment for 48 hours straight. It’s still a 48-hour ferment.” They tested the crusts side by side and found the difference negligible and the weight exactly the same.

They bought the Vemag two to three weeks after opening in Banff, Burns said. “We were able to build up the business. Once the business was there, we could justify the expense.”

Paul Piattelli, Reiser sales representative, said, “They wanted consistency in their pizza, especially their dough. They pride themselves in the quality of the dough. It has a different bite, a different texture. They wanted a central location. In terms of adding ingredients, that’s contingent on having a staff member. Also, paying two people was not cost-effective.”

Piattelli described the process of using the Vemag V500B, a bakery edition. “Essentially, you’re taking the dough you mixed and placing it in the hopper where two augers work simultaneously side by side. Dough is fed into the double screw, gently pumped and extruded to the machine outlet, and then precisely portioned using a Vemag guillotine cutoff attachment. From there, the dough portion goes into a conical rounder, starts at the bottom and runs in a backwards spiral, runs through the tunnel, rounds it into a ball and outputs it onto a conveyer,” he said.

Piattelli checked in after two weeks of setup. “It has saved labour but also achieved their goal of 100 per cent consistency,” he said, adding that included in the equipment purchase is local support and training, with 22 well-versed technicians who live in Canada.

Piattelli added that during the pandemic many business owners made the leap of faith toward automation or semi-automation. “Equipment never calls in sick. It saves them time and money. It also pays for itself within about two years, based on the volumes Una is doing.”

Future plans
Piattelli also noted there is room for future growth, with Una’s machine operating at about 30 to 40 per cent of the machine speed it could do. In the future Black can see exploring more automation. “We recently launched a take-and-bake line. There’s a real opportunity to dig into that. Shrink-wrapping and bulk label printing is another area worth exploring.” | CP